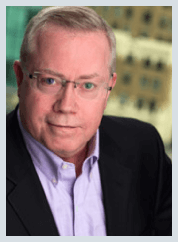 John has been a partner at Paine Edmonds LLP since 1993 and is a senior member of the firm’s Insurance Litigation Group. He has practiced litigation exclusively for over 20 years in the areas of general insurance defence, occupiers' liability, personal injury, and medical malpractice. He has represented individuals and corporations through mediation, commercial arbitration, and trial. John has been instrumental in establishing claims management and loss prevention initiatives for several major corporations, including Canada Safeway Limited.

John has extensive trial experience and has conducted more than 50 trials (judge alone and jury) as lead counsel in the Supreme Court and Court of Appeal of British Columbia. He has acted for plaintiffs and defendants in trials dealing with motor vehicle accidents, slip and fall incidents, claims arising from dangerous premises, medical negligence, and nuisance. John's trials have also included actions arising from commercial disputes, construction claims, construction and enforceability of contracts and statutory provisions, and various actions in negligence. Issues in these cases have included wrongful death, nervous shock, causation, liability, fraud, and damages. While most of his trial work has been in the Lower Mainland, he has conducted trials throughout British Columbia.

Education
Professional Activities
Personal Notes John enjoys playing squash and tennis and is also an avid, if unskilled, golfer. He is a volunteer lawyer at the Access Justice Civil Litigation Clinic, a pro bono legal service. He has also been a frequent guest lecturer judge for the Professional Legal Training Course program since 1987 as well as a moot court judge for the University of British Columbia Faculty of Law. John has also served as a voluntary legal advisor for the Choice School for Gifted Children.
Paine Edmonds LLP Lawyers