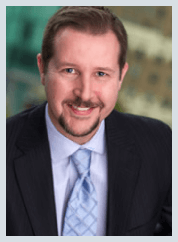 Stephen worked at a boutique law firm in North Vancouver with an emphasis on insurance litigation before joining Paine Edmonds in 2003. His practice is now restricted to representing people with their ICBC and personal injury claims. He is a senior member of the firm’s ICBC & Injury Law and Wills & Estate Law practice groups.

Stephen's practice has an emphasis on major loss, traumatic injury, and brain injury claims. He has extensive trial experience (judge alone and jury) having appeared as counsel in the Provincial Court and Supreme Court of British Columbia. He is also well experienced in resolving cases through alternative dispute resolution, such as formal and informal mediation.

Stephen was counsel in Vershinin v. Hayward, a British Columbia Supreme Court decision awarding compensation to the plaintiff after ICBC had denied that a motor vehicle accident had caused a tear to the glenoid labrum in his shoulder which developed over time after the crash.

Education
Professional Activities
Personal Notes Stephen was born and raised in Vancouver. He continues to live in Vancouver with his wife and daughter. Between his undergraduate degree and law degree, he worked as a psychometrician at the British Columbia Forensic Psychiatric Hospital. In his spare time, Stephen enjoys downhill mountain biking and spending time with his friends and family.
Paine Edmonds LLP Lawyers