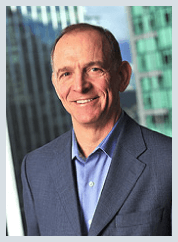 Steve is the managing partner at Paine Edmonds LLP. Steve is Chair of the firm’s ICBC & Personal Injury Law Group and is one of the most well-known and respected plaintiff’s personal injury lawyers in British Columbia. He runs a highly-successful practice based on representing people with ICBC and personal injury claims. He focuses in cases involving both complex and traumatic injuries, including brain injuries, chronic pain, quadriplegia, and paraplegia.

Steve has extensive trial experience (judge alone and jury) having appeared at all levels of court in British Columbia. He also has extensive experience as appellate counsel in the Court of Appeal of British Columbia. Steve has also appeared before the Supreme Court of Canada, having acted as lead counsel in the ground-setting decision of Hall v. Hebert, which changed the law to allow people to pursue a claim for injuries in circumstances where they were previously denied.

In addition to his work in personal injury claims, Steve also has experience in dealing with insurance subrogation and professional negligence claims.

Education
Professional Activities
Personal Notes Steve was born and raised in Abbotsford, British Columbia. He and his wife have one daughter. They enjoy hiking and outdoor activities, skiing, and traveling.
Paine Edmonds LLP Lawyers