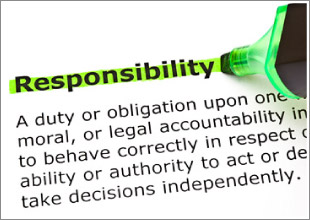 The Divorce System in British Columbia
British Columbia has essentially a “no fault” divorce system. While you are entitled to a divorce based on adultery, cruelty, or having been separated for a minimum of 12 months, the existence of adultery and cruelty is generally only relevant for the purpose of obtaining the divorce itself. Only in extreme cases will adultery or cruelty be a consideration for other issues, such as division of property, spousal support, or child access.

According to a study completed by the Institute of Occupational Health at the University of Birmingham, divorce is the 9th most stressful event that a person will likely face in their lifetime. Women and men suffer equal amounts of stress from divorce. Infidelity of a partner, however, generally causes somewhat more stress in women than men.

So how does this play out in the legal field? In short, it shouldn’t. The Divorce Act (Canada) prohibits the Court from considering the conduct of the other party, except where it goes to their ability to parent a child. The Courts will not consider adultery, and most judges will not want to hear evidence about the alleged adultery of the other party. Theoretically, a party can obtain a divorce more quickly if their former spouse has cheated, however, the time it takes to prove the adultery may bring you past the standard 12 month period of separation where anyone can obtain a divorce, and in the end significantly increase your legal fees. You cannot obtain a divorce based on adultery if you were the person committing the adultery – the opposing party has to make that application.

Where adultery does have the most impact is during negotiations between the parties. Without a good counsellor, it is sometimes difficult for the injured party to separate their hurt and anger from the position that they are taking on individual issues. Files where infidelity has taken place can be more difficult to resolve, as the spouse who has been the ‘victim’ of adultery may be seeking validation and retribution through the legal process. Success in resolving these files through negotiation relies heavily on the lawyer’s skills in helping their client separate their emotional process from the legal.

In the event that you are the injured party, be careful to consider this separation between the legal and emotional process. The emotional process is valid and important to address, but there is little space in the legal realm to resolve your hurt feelings. Even worse, if negotiations have been difficult because the injured party wants to punish their former spouse and the file ends up in court, the judge may find that the evidence lead by the injured party bears less weight because it has been tainted with the desire to punish their spouse for their adultery.

The new Family Law Act contains tools for addressing family violence. If there is family violence, whether physical or verbal, you should contact a lawyer at Paine Edmonds LLP in Vancouver so that we can assess your risk level and take immediate steps to ensure the protection of you and your children. Free consultations are available.